Covering more than 770,000 square miles, the diversity of culture, traditions, landscapes and even the weather varies greatly from the east to the west. Turkey cannot be described or stereotyped in one sentence, so when purchasing property in Turkey, it is important to do your research first, to decide whether you’ll focus on villas in Fethiye or apartments in Istanbul.

Geographical Areas on the Map

Covering the Northwest of the country, this area connects Turkey with Europe via the bustling region of Edirne. Its most well-known centre in Istanbul, Turkey’s largest city, that fascinating old-meets-new bridge between Europe and Asia. Marmara also includes Bursa, the former capital of the Ottoman Empire that is a city overflowing with historical landmarks. The Marmara region also boasts some of the most incredible sailing routes to be found anywhere in the country, including Yalova Turkey, an area of astonishing natural beauty.

Consisting of regions that cover the Northwest coastline, the climate of the Black sea is not as warm as other areas but this gives it a distinct advantage for agriculture. Locals rely heavily on the richness of the land for produce and the large city of Rize is the tea producing capital of Turkey. Head further west to find the Laz and Hemsin communities of which their backgrounds stem from Georgian and Armenian heritage.

Settling over the center of the country, this region is famous for the production of wheat and barley. It also includes the tourism stronghold of Cappadocia and Ankara, the capital of Turkey. From summer to winter, the weather changes are extreme, from a dry and hot summer to winters with snowfall and strong winds.

Mostly known for its rural lifestyle, this area is the least populated in Turkey. Bordered by Armenian, Azerbaijan, Iraq, and Iran, it is greatly steeped in history but unfortunately, tourism in the area is relatively unknown and the USA and UK governments define certain areas like Hakkari as dangerous for foreigner travelers.

The Southeast is the edge of ancient Mesopotamia and includes marvellous ancient cities such as Urfa and Mardin. Kurdish or Arabic is spoken frequently but due to problems in Syria, foreign governments have warned their citizens to avoid travelling to the area.

Covering the entire west coast, this area is mainly of flat landscapes making it ideal for olive oil production. Tourism is also a major source of income thanks to the mass of historical sites which include the Seven Churches of Revelation as mentioned in the Bible. Although rural villages still exist, places like the Bodrum Peninsula as classed as typically cosmopolitan because of their western trends combined with old cultures and traditions.

Consisting of the southwest coastline, after Istanbul this region is the most popular for tourism. Well known for its fruit agriculture and UNESCO worlds heritage sites like Xanthos and Letoon, strongholds regions include Antalya and Fethiye and visitor nationalities vary because it is popular with Russians, Germans, Brits and for domestic tourism. 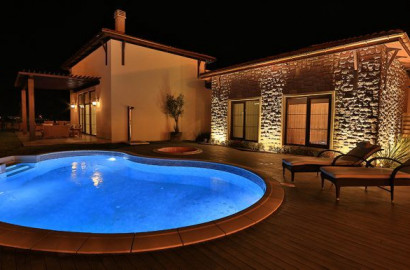 In an article in the US press OECD countries are among the countries with the most affordable in home buying is displayed first in Turkey and 250 thousand dollars was pointed out that given citizenship to real estate in Turkey. 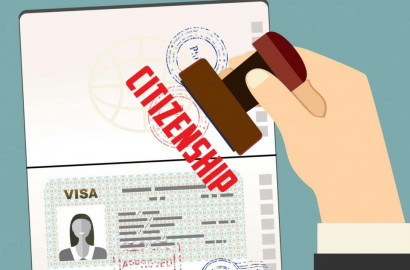 Buying Homes for Students is More Profitable for Families